Why Witch Hazel is a Problem for Skin 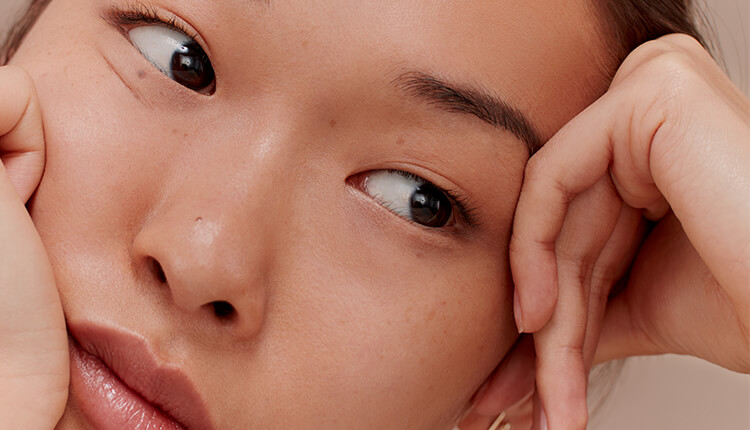 In the world of natural ingredients, witch hazel has a somewhat exaggerated reputation as the solution to an endless list of problems. Applied to skin, the benefits of witch hazel are said to include everything from reducing acne and oily skin, to soothing puffy eyes and sunburn; for the body, witch hazel is said to lessen varicose veins and hemorrhoids. But just how effective is witch hazel for skin and other problems?

Aside from the anecdotal information you may have read, the research is mixed. Witch hazel can indeed help skin when used as a short-term remedy, but long-term use is a problem, no matter your skin type or concern.

What is Witch Hazel?

The witch hazel plant, Latin name Hamamelis virginiana, is a flowering shrub that grows wild throughout a good portion of North America and Asia. The leaves, bark, and twigs are processed to create a clear liquid that’s sold commercially as witch hazel. The plant extract itself is also used in topical ointments, although the toner-like liquid form is far more common for skincare and home remedies.

If you are wondering, is witch hazel bad for skin? The answer requires more explanation. Like many plant-derived substances, witch hazel is a source of several antioxidants, many of which benefit skin; however, one main antioxidant is a group of chemicals known as tannins. Applied to skin, tannins have a constricting and drying effect. They compress proteins in skin, creating an invisible “film” that can, to a minor degree, temporarily de-grease skin and minimise the look of enlarged pores. While that’s good for the short term, the long term is another story, and it doesn’t have a happy ending!

The tannins in witch hazel are sensitising. Depending on the part of the witch hazel plant used to make it, witch hazel naturally contains between 8% and 12% tannins.

In addition to the tannins, almost all types of witch hazel are distilled using denatured alcohol (ethanol), with the extract containing about 14% to 15% alcohol. Although the distillation process destroys some of the tannins (which ironically is a good thing, given that the tannins are irritants), applying alcohol to your skin is always a bad thing because it generates free-radical damage and impairs the skin’s surface.

By the way, while a 14% to 15% alcohol content might seem low, research has shown that even lower amounts of alcohol can damage skin.

Another concern related to long-term use of witch hazel is the volatile oil it naturally contains. This oil is a source of the potent fragrant sensitiser eugenol, which is definitely not good for skin. Taking the best care of your skin requires using ingredients that contain only the good stuff, and none of the bad stuff.

Witch Hazel for Acne and Blemishes

A lot of people wonder if witch hazel can clear up acne on the face or body. It’s commonly thought that because witch hazel has “astringent” properties, it can “dry up” acne. However, acne isn’t about skin being wet, so drying it with astringent ingredients won’t help. In truth, the irritation caused by the witch hazel can make blemishes worse.

You may have also read that witch hazel’s astringent action can help control the microbes on skin that play a role in causing acne, but research hasn’t shown that to be true. For certain, witch hazel is not a replacement for azelaic acid, a powerhouse ingredient that research has shown to soothe breakouts and fade post-blemish marks.

Witch hazel for oily skin also receives a lot of interest. We understand how tempting a witch hazel toner sounds, as it’s readily available, inexpensive, natural, and seems to be a smart choice for keeping oily skin in check. Witch hazel can remove oil from the skin, but that’s due to the denatured alcohol (ethanol) it contains.

As we mentioned above, most of the witch hazel preparations contain between 14% and 15% alcohol, an amount that can significantly irritate skin. Even if you don’t see or feel that happening on the surface of skin, the irritation is still taking place, below the surface.

It comes down to this: Using witch hazel to control oily skin can end up making it worse! Find out what research has shown works to get oily skin under control.

Witch Hazel as a Makeup Remover or Cleanser

Should you use witch hazel as a makeup remover or cleanser? No! That’s a really bad idea, as the trace amounts of tannins and the alcohol content are just too sensitizing for skin, to say nothing of using witch hazel to remove eye makeup. Please don’t do this.

There’s also the fact that witch hazel isn’t really that effective at removing most types of makeup, especially today’s long-wearing formulas. This poor performance might lead to you pull and tug at your skin, unlike how a gentle, efficient makeup remover works. All that extra pulling can hasten skin sagging.

Witch hazel as face wash? Well, it doesn’t have much cleansing ability for skin, not when compared to a well-formulated water-soluble cleanser. Using a witch hazel face wash shortchanges your skin of all the benefits a gentle facial cleanser can provide - and such products are much easier to use!

Does Witch Hazel Get Rid of Puffy Eyes?

If you’re curious about how to get rid of puffy eyes, there’s some truth to this recommendation if your under eye puffiness is due to fluid retention beneath the eyes. Witch hazel’s astringent and soothing properties can reduce this type of puffiness.

However, witch hazel cannot reduce or eliminate under eye bags that occur with age. In either case, it isn’t something we recommend doing on a regular basis because the resulting daily irritation will be pro-ageing, not anti-ageing.

Traditionally witch hazel uses include soothing everything from bruises to insect bites. Keeping a bottle of witch hazel around the house for occasional use can make sense. Research has shown that the calming components and antioxidants in witch hazel can help ease discomfort from:

Keep in mind: Just because something is good for acute short-term situations doesn’t necessarily make it good for long-term use. The claims for witch hazel benefits are misleading; you might see short-term results, but ongoing use is likely to cause problems.

To sum up, witch hazel has its place, but it’s not the skincare solution it’s often advertised as.

References for this information:

Do you need help? Get in touch with our skincare experts for free and personal skincare advice. It's our mission to help you achieve your skincare goals!

Chat with our skincare expert!